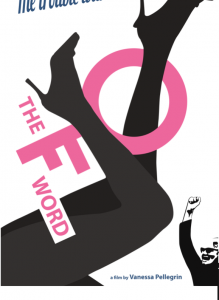 A couple of years ago, as I was launching this campaign, I was contacted by Vanessa Pellegrin, who was working on a documentary called The Trouble With the F Word: a film examining why feminism has become so unpopular. She has now launched a Kickstarter campaign to help complete the film.

The film will take a balanced look at feminism and anti-feminism (whatever those things may be – sometimes, feminism itself appears to be so broad and self-contradictory that it could be labelled anti-feminism!)

In the short video below, Vanessa gives five reasons to help fund her project. Have a look, and check out her Kickstarter page if you’d like to be involved.