The comments reveal how a pseudo-left, pseudo-feminist narrative is often adopted by middle-class women who feel the need to intellectualise their slut-shaming. These days, since it’s become fashionable to be left-wing (or at least, to sound left-wing), attacks on sex workers tend to be veiled in pseudo-left language. It is fascinating that the old left issues of sexism, racism and capitalism have now become excuses for anti-sex work and other forms of bigotry.

Unfortunately, this is indicative of the intellectual rot on the new left. Simply shouting CAPITALISM has become a substitute for reasoned argument. Note the claim that Laura is ‘a disgrace to women and girls’: in this version of feminism, no woman can be liberated, since every woman is (we’re told) answerable to all other women for their behaviour.

Note also the argument-hopping: Laura is told that her chosen work is violence against women (one would think she would have been the first to notice that) and is then blamed for breaking up nice families by sleeping with attached men and other crimes. Prostitution is said to be a “sick industry that promotes everything wrong with the world”. Entertainingly, prostitutes are often (as here) that told they don’t “value themselves” – a strange accusation to throw at some of the highest paid people in society. 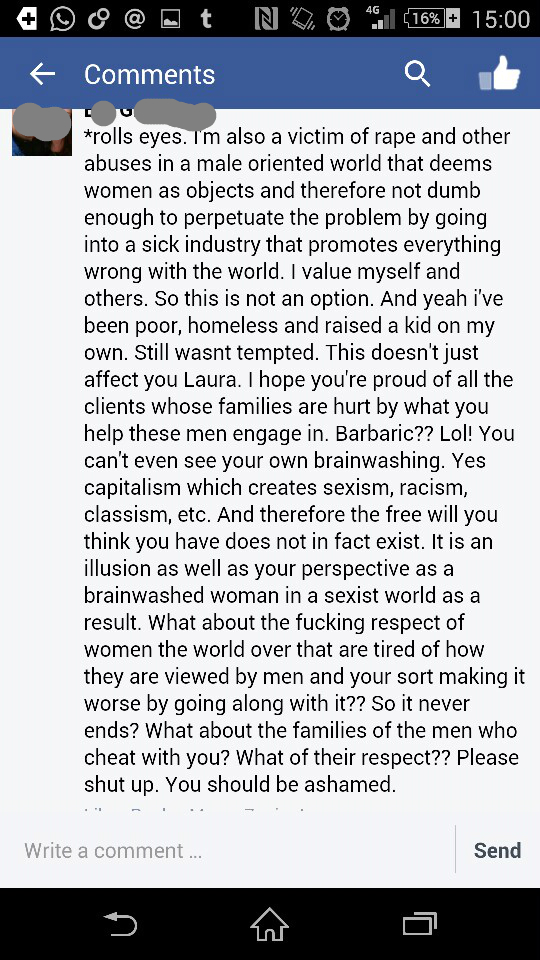 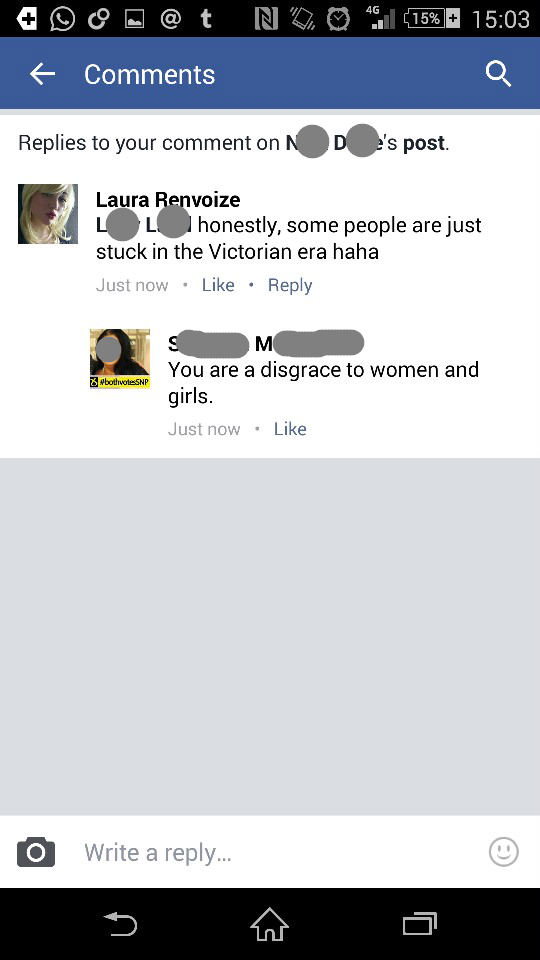 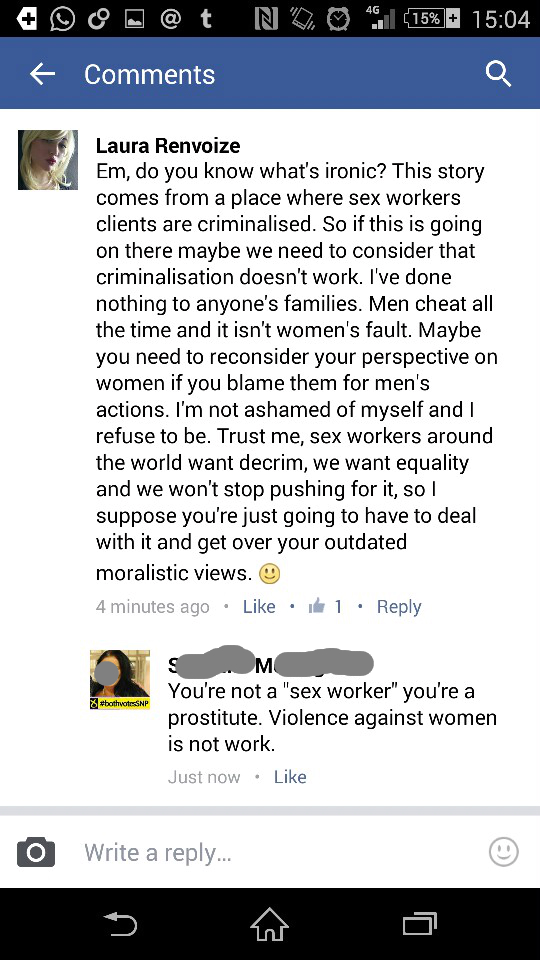 Screening at the Prince Charles cinema in central London on 24th March, The Unslut Project takes a deep look at slut-shaming: stigmatising women for being proudly sexual, or merely for enjoying casual sex.

The screening will be followed by a panel discussion, on which I will feature, alongside other leading sexual freedom campaigners.

Proceeds will go to sexual freedom causes: please attend if you can, and let your friends know about the event.