The Naked Truth Film Club, which hosts controversial film screenings and discussions related to sexual themes, will run its third event in London on 27th September.

Following the screening, a panel will discuss film, and take questions from the audience. The panel will include:

“Guests will be greeted with canapés and welcome drinks. Then we head to the secret basement of our venue for the evening. There, the mood will change and we will step back in time to how Soho used to be! With private viewing booths and an intimate setting, you’ll be the first to see my brand new DVD, Zara’s Girlfriends!

The event is open to industry professionals, fans and general adult film lovers!

Tickets are VERY limited, only 30 available & less than 20 remaining.

Come and join me for an evening of previews, giveaways and a chance to enjoy this unique setting in London!”

Disagreeing with one’s hero is hard but important.

My name is Lorelei Lee and I’m an adult film performer who has worked in the industry for fifteen years. I read your art… 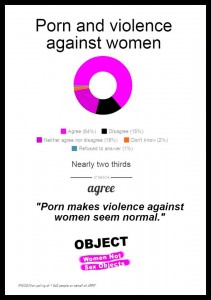 So we’re carrying out our own “scientific” poll here:

Do you think that hatred of sex and sexuality is caused by:

a) Genuine fear that it is harmful,
b) A twisted and hateful view of humanity,
c) Badly fitting underwear?

Please answer in the comments section below or send us an email. We’re sure the mass media will be fascinated to publish our results.

Alternatively, please donate to our campaign to help us continue to oppose this dangerous moral panic, which is aimed at creating a case for Internet censorship.

The law applies to VoD services regulated by ATVOD, and imposes restrictions on the types of content that can be legally sold by UK VoD providers.

There has been much confusion over what this law means: this post is an attempt to provide some clarity.

The new law only affects providers of On Demand Programme Services (ODPS) that are regulated by ATVOD. ATVOD’s power comes from the EU AVMS regulations, which relate only to “TV-like” services. In most European countries, most websites (including adult websites) are not considered to be TV-like. However, in the UK, ATVOD has chosen to apply the regulations far more broadly, and encompass a wide range of services, including adult sites. This gives ATVOD the power to regulate, and control, any website it decides is TV-like.

What Does the Law Change?

R18 is a strange thing: it is a set of weird and arbitrary censorship rules decided between the BBFC, the police and the CPS. There appear to be no rational explanations for most of the R18 rules – they are simply a set of moral judgements designed by people who have struggled endlessly to stop the British people from watching pornography.

The list of rules governing R18 is long and often vague, but they include:

Why Has This Been Done?

The introduction of the R18 standard into law is essentially a way to circumvent European standards. The EU’s AVMS directive specifies that content that “might seriously impair minors” should be restricted so that under-18s cannot normally  view it. However, this is a test to be answered by psychologists, not government censors. The UK media regulator Ofcom looked at the results of research by 20 European governments, and stated: “No country found evidence that sexually explicit material harms minors”.

This is inconvenient for a government that wants an excuse to censor pornography, regardless of any evidence of harm. Introducing the R18 test removes the need for objective evidence, and instead allows censors to make arbitrary decisions.

Although the law is introduced under the pretext of “protecting children”, it actually affects adults and children alike.

In practise, very few people are directly affected: most businesses selling strong fetish material online left the UK years ago for other European countries or the United States (the well-known fetish site kink.com (NSFW) is run by a Briton who moved to San Francisco to escape our ludicrously censorious climate).

However, this law was clearly introduced to further ATVOD’s plans to restrict what sexual content can be accessed by UK citizens, and will doubtless be used to justify further censorship in various forms. ATVOD have long wanted to stop banks from processing payments for services that don’t meet their tight regulations, and have tried (and failed so far) to introduce licensing of non-UK sites. Watch this space for more news at it emerges (please join our mailing list for updates).

A new study has revealed Religious people are less likely than non-religious people to report using pornography, but tellingly those who do use it are more likely to claim they are addicted to it.

This may not be an especially new idea but it is the first study I have come across, specifically in recent years where there has been consistent and what seems to be increasingly anti-porn pressure coming from religion-based groups or individuals.

Religious people could be using the term addiction as a get out of jail for free card and an excuse that helps shield them from judgment in their community.

There had been some earlier confusion over ASACP’s position, which had appeared at times to be supportive of ATVOD. However, in today’s release, the organisation stated it believes that:

…the proposed age verification measures are overbroad, and do not address the most important factor in this equation — the role of the parent.

ASACP also warned that censorship is subject to mission-creep:

Just as the recent UK parental filters turned out to block content ranging from non-erotic nudity to sex education, so this new bill can be expected to be overly broad in its definition of adult entertainment content.

To dispel any misunderstanding over ASACP’s position on ATVOD, the statement concluded:

With this in mind, ASACP cannot support ATVOD’s call for mandatory age verification, but continues to work with all stakeholders to develop a workable solution that protects the needs and interests of children, their parents and guardians as well as adult consumers and publishers of legal erotica, alike.

When talking about teens “sexting” images to each other, she again appears to be far older than she actually is. “I’m so glad that every boyfriend I’ve had until now was before picture messaging”, she says. And since picture messaging has been around for a decade or so, poor Jameela has clearly been single since she was 18!

And then, like all good purveyors of panic, Jamil casually adds child abuse imagery to the equation, helping blur the line between consenting adult sex and the rape of children.

So come on BBC: this discussion is welcome, but let’s have some honest, evidence based programming, rather than endless panic aimed at building public support for Internet censorship.